A 73-year-old female with past medical history was referred with diabetes mellitus type 2, hypertension, and CAD. The patient has Category 5 Rutherford critical limb ischemia with ulceration of the left foot. Diagnostic angiography revealed a denovo ostial 70mm posterior tibial (PT) artery chronic total occlusion (CTO). The anterior tibial (AT) artery had significant proximal disease with a mid-vessel CTO. The peroneal artery had significant proximal disease, however, was patent distant to the ankle.

2. A CTO crossing wire was advanced antegrade into the peroneal and translated across a bridging collateral artery distal to the PT reconstitution, tracked retrograde back up the PT, through the CTO via the true lumen to establish in-line flow. The wire was externalized back through ipsilateral sheath. 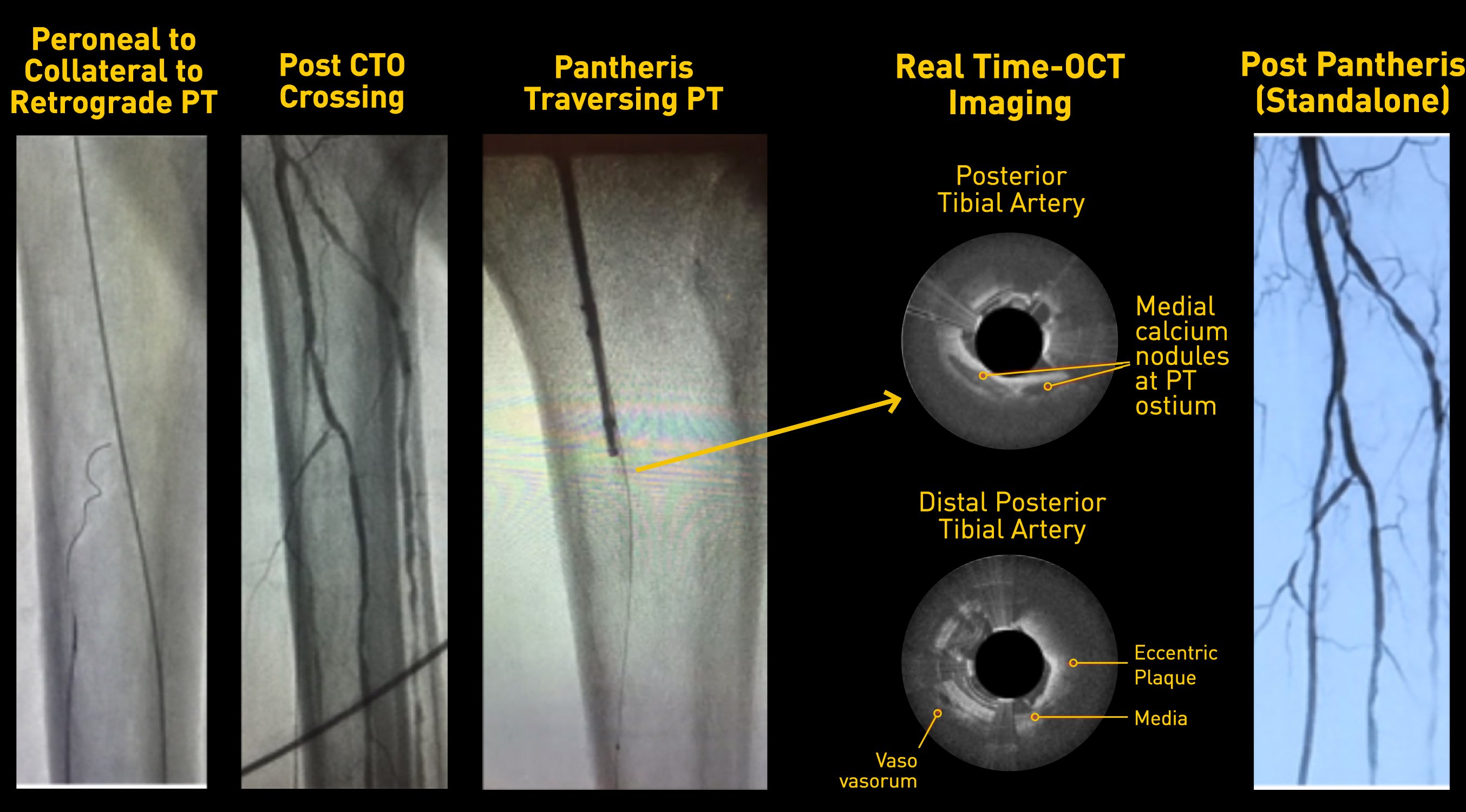 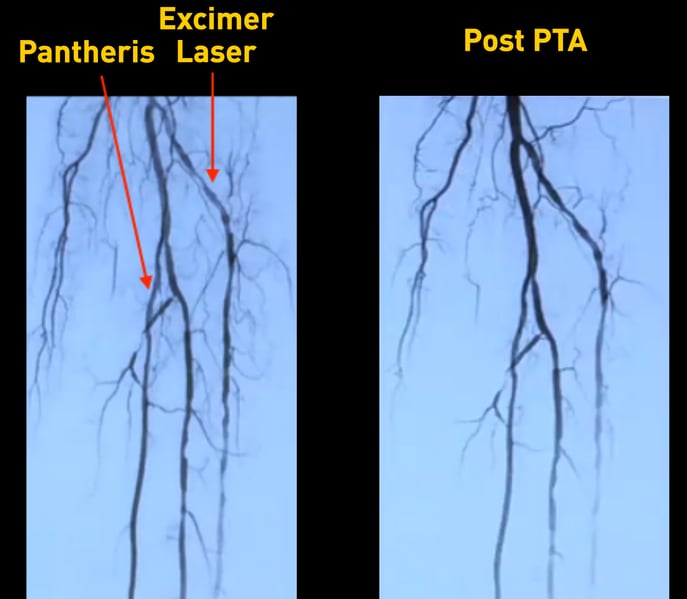 3. OCT guided atherectomy proves to be a beneficial choice when recanalizing severe lesion type, due to its ability to discern the nature of the eccentric occlusive disease.